Books of the Old Testament

The Genesis Game was a great activity to help the kids to review the information from our Genesis lesson in a fun, competitive way. Below, you can see the pieces included in this game and instructions on how to play. 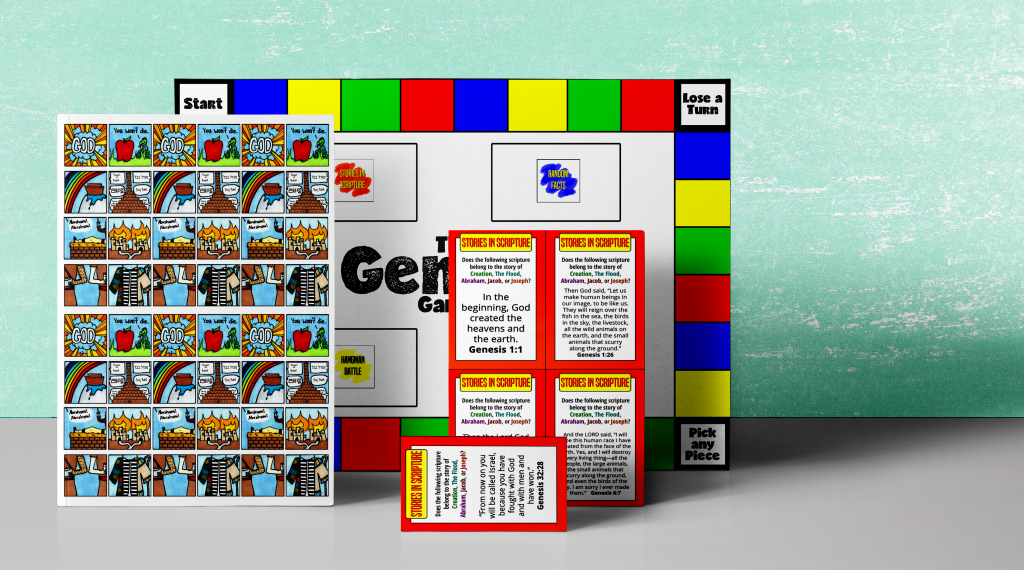 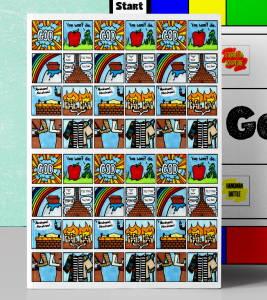 The children can collect a Genesis Token each time a team answers a question correctly or wins a hangman battle.. (Depending on how long you have to play, you can choose whether or not they have to blindly draw them or if they can choose the exact piece they want.) The entire purpose of the game is to be the first team to collect all 8 Genesis tokens and put them in order. The 8 tokens correspond with the Genesis lesson and include: 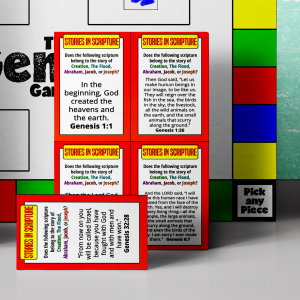 in Scripture, Random Facts, Hangman Battle, and True or False. Each roll, a child will land on a specific color (unless they land on a corner square, which gives them specific directions) The color that they land on will reveal which category card they should pick up.

Red– Stories in Scripture- Children are given a scripture and are asked to choose which Genesis story it belongs to.

Blue– Random Facts– Children are asked a multiple choice question about the book of Genesis or one of the stories included in it.

Yellow– Hangman Battle– The child who rolled the dice begins a hangman battle among the teams using the clue on the card.

Green– True or False– Children are asked a “True or False” question about one of the stories in Genesis.

If the child answers right or their team wins the hangman battle, they are able to collect a Genesis token.

Finally, The Genesis Game board is the 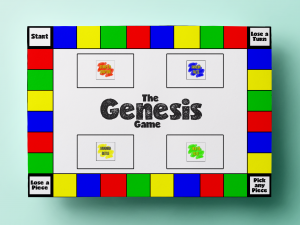 game element that shows the children which category card they should pick up. It also includes corner squares with specific directions like “pick any piece” or “lose a turn”. The “Start” space can either be a “roll again” piece or you can allow the kids to collect another Genesis token each time they pass it.
Paper game pieces are also provided for each team to use as they move around the game board. If they are lost or torn, we have also used anything from large beads to colorful foam squares in a pinch. Dice are not included with the game, so you will have to provide your own. (However, a draw cup with paper numbered from 1-6 can work just as well!)

All in all, The Genesis Game is a fun way to review a LOT of information about Genesis. It is fully printable (except for the dice) and while some assembly is required, it is very simple to complete. We are sure your children will learn a lot and love learning it just as ours did!

To open our Books of the Old Testament lessons, our first study was done on the first book— Genesis! While this is just one book included in the Books of the Law, it covers so much Bible history that I thought it deserved its own lesson and activities. In our Genesis lesson, we broke the book down into 8 parts: Creation, Adam & Eve, The Flood, Babel, Abraham & Isaac, Sodom & Gomorrah, Jacob/Israel, and Joseph. Since it is the very first book and the foundation on which the rest of the Bible was built, I wanted them to get an in-depth look at the stories and purpose of Genesis. For this reason, we spent 2 weeks studying the people involved and other facts about the book and I created a board game to help them review the information that we covered.

Before we studied each specific part of Genesis, we took time to learn the facts about the book. Each child was provided a facts sheet about Genesis, and our whiteboard for this lesson looked like this (minus the hangman battle from the Genesis Game.) The kids were not required to memorize the facts. Instead, they were told to absorb as much as they could because they MIGHT appear in our game later. This sparked their interest because my kids love some competition. You could make timeline signs (ex. 2000 years later…) and have the children act the stories out or even have them draw their own timelines. Do what will work for your kids. My current group is stimulated by interactive lessons and competition, so that is what we do. 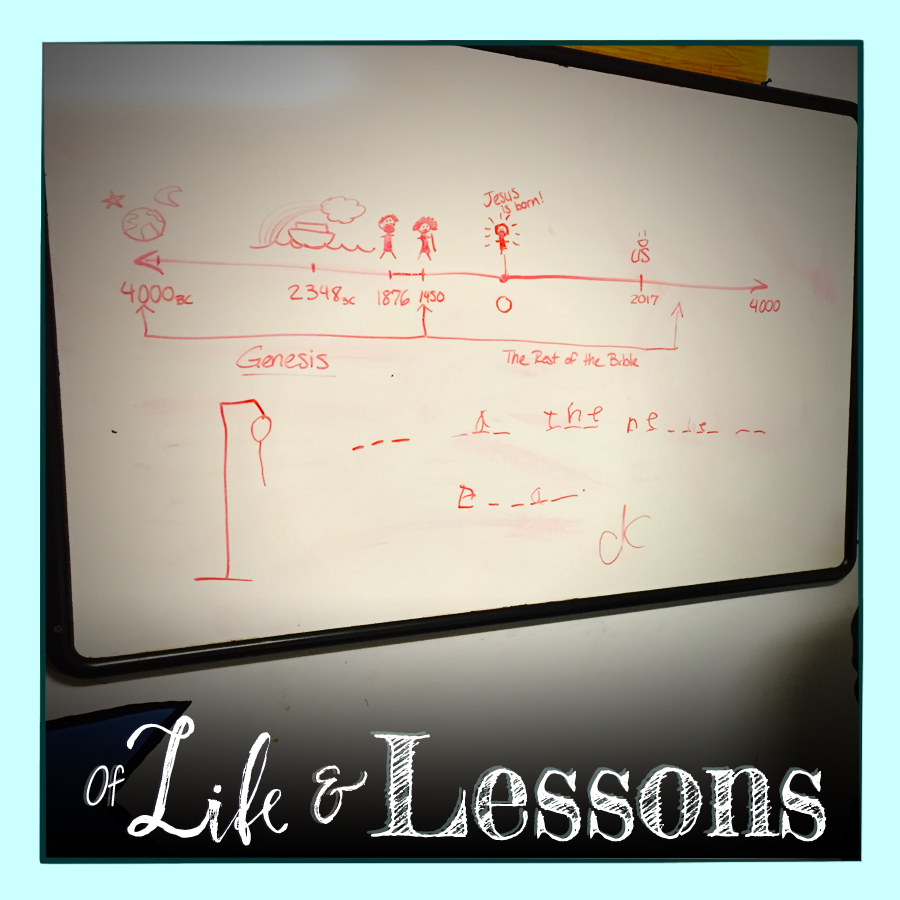 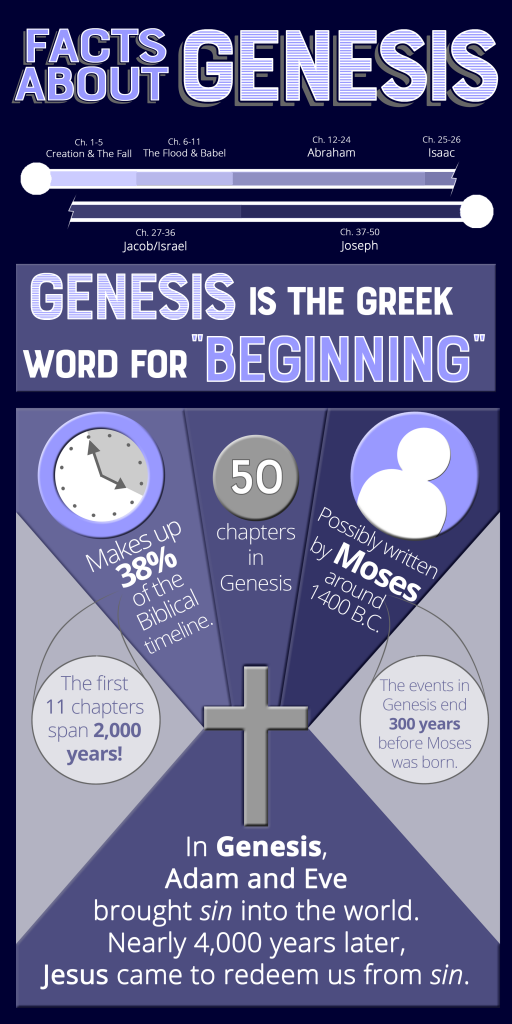 Once we took the time to learn about the book of Genesis, itself, we began to break the stories down into parts:

Most of the children will have heard about the stories in our Genesis lesson, so I chose to hold up corresponding images and allow the class to guess which story they belonged to. If they couldn’t guess it, I would begin reading scriptures from that specific part of the book. Here is a list of some of the scriptures that I had selected as my backup plan:

If you have a few who have never heard the Genesis lesson stories, it is fun to ask the other children to summarize the story for them. This helps break up the “lecture” time so that the new information is less overwhelming, and it gives the other kids a more enjoyable review time!

Finally, it was time to allow the kids to interact with the lesson! First, I split them into teams and had each team put the pictures in chronological order. Once I saw they could do that, I brought out The Genesis Game! While my kids had a general understanding of the stories involved, I believe this lesson helped to tie them all together and reveal their Biblical purpose a little better.

Remember, I did not cover all of this information in one week. It is a lot of information for little brains to absorb at once. For our instruction time, I discussed the facts the first week and the stories the second week. We also played The Genesis Game with the time that we had left over. See our next post to discover more about The Genesis Game.

Since this is my first blog post, I will begin by stating that I teach Sunday School for ages 6-9 at our church. Currently I have between 6-10 kids every Sunday, so my activities are created for small groups but can suit larger groups just as well! If you would like to know more about me and my heart for this ministry, you can check it out here.

Books of the Old Testament Lesson

After my lesson for each division, I have a class activity that uses custom images to help the children learn more about the books involved. I create pockets for each book and hang them up on the board, and the children race to match the correct images with their corresponding book. They look forward to this game every lesson, and it lets me know which books I need to review more. Here are some images of them playing this game: 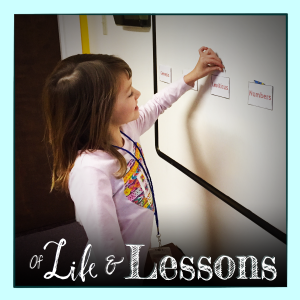 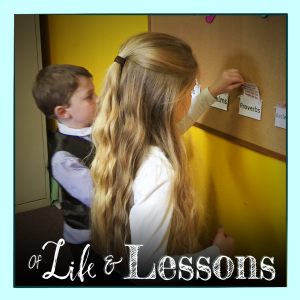 We are also in the process of completing Old Testament Folders that the kids can take home once our lessons are over to review what we have learned. They include a list of the old testament books on the front, a Sort & Order Game in the center, and interactive review games for each division on the inside. Here are some pictures of our Old Testament Folders: 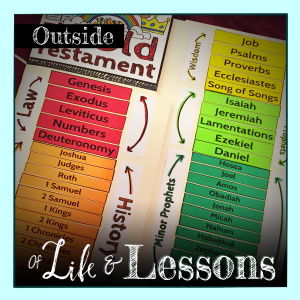 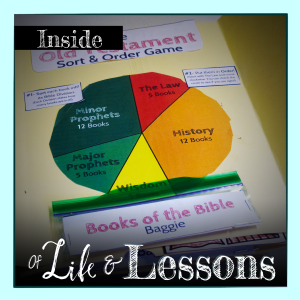 Each division takes about 2 weeks to cover and do all of the activities, though some larger divisions have taken an extra week to review. It is a lot of information, but they will surprise you with how much they absorb if you make it fun and interactive! I absolutely love to see their excitement as they learn more about God’s word, and pray that they will continue to build upon that solid foundation as they pursue God’s heart. I have learned so much from being their teacher, and can only hope to return the favor.

Stay tuned for future posts to learn more about each individual division.

What are you looking for?

Yes... This big project I've been working on is al